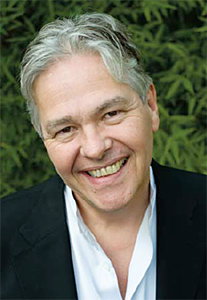 “It was working in the heart of the City of London – as a business consultant and as an elected councilman in Guildhall – that I incubated the germ that became KissBank.

Throughout human history there have always been pyramids of wealth, status and power in economies defined by the exchange of goods and services. Only a few people make it to the pinnacle of that pyramid, and the vast majority remain at the bottom.

The idea of KissBank came to me as a lateral question. How would this change if we had an economy that gave a tangible value to acts of kindness? And how could we make this work?

It soon became blindingly obvious that a global social networking platform on the Internet could become the springboard for a new currency of appreciation for previously unrecognised and unpaid acts of kindness.

The beating heart of this economy is the unlikely proposition that you have to give away Kiss-currency in order for it to gain value. But to receive Kiss-currency from others would be a very special reward – and a personal affirmation almost beyond measure.

The other great feature of KissBank is that a Kiss in Chile is worth the same as a Kiss in China and Chingford. A currency of appreciation is not affected by exchange rates, market fluctuations and inflationary pressures.

So, the question that now remains – can we get the whole world Kissing? If we can, I genuinely think we can ‘change the world one Kiss at a time’.

KissBank is a big idea – but at its core I believe there is something which chimes with our essential humanity; a desire and a need to help other people; and an equal desire to give credit where it is due.”

Email our press team at:
media@kissbank.com

For all other enquiries, please download the press pack.


Warning: mysqli_fetch_assoc() expects parameter 1 to be mysqli_result, null given in /homepages/4/d108241380/htdocs/kb/wp-content/themes/kissbank/template_media.php on line 144