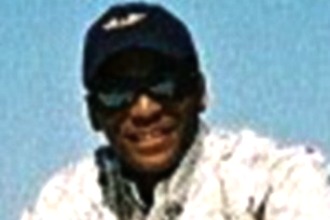 Lewis Dediara acted like a true good Samaritan, offering kindness, which costs nothing, but means everything

Always Help your Fellow Man: how a random act of kindness turned into a viral Internet hit

Lewis Dediara is used to cycling around London with a mounted camera on his helmet.

The 47 year-old started filming his daily commute two years ago after he was knocked off his bike for the second time. The cyclist always posts all his adventures on Youtube. But he never imagined one random act of kindness would have such an impact on so many viewers.

‘”I am astonished by the response,’” said the cyclist in interview with the Evening Standard.

In the two-minute video, Mr Dediara spots a hungry homeless man rooting through a bin. Unlike others in the street, instead of walking away or pretending not to see the man, Lewis approached him to offer to ‘get anything he wants’ to eat.

“I come from a family where we are raised to help others when see them suffering,’ tells the Nigerian-born Mr Dediara. ‘I saw this man standing there. He was clearly hungry, I couldn’t just leave him there”.

One viewer commented saying the video was ‘inspiring’.

Another viewer praised the act saying ‘a small token of kindness can make a world of difference.’

For Mr Dediara, it is important to share acts of kindness, as ‘sometimes London is a place where people don’t take the time to care for others.’