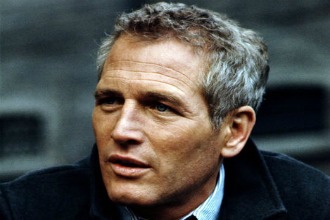 These stars show that fame and fortune does not necessarily equal the selfish - sometimes obscene - displays of wealth and bling so often demonstrated by top celebrities, and exalted by a slavish, celebrity-obsessed media. These stars prove that the only true value is in what you contribute, not accumulate.

Who Are The World’s Most Charitable Stars?

Hundreds of today’s top stars and celebrities have made vast fortunes from the careers in music, movies and television: but which ones give back the most?

According to research by The Giving Back Fund, a charity that helps athletes, entertainers, and others establish and maintain charitable foundations and philanthropic programs, many stars now realise that simply lending their image to a cause or turning up to a fundraiser is not enough.

According to Marc Pollick, founder and president of The Giving Back Fund:

“… showing up, or lending one’s famous name and likeness to a cause, while it can have positive impact and ramifications, should never be confused with, or mistaken for, philanthropy. It is volunteering, and while volunteering is important, it is not the same as giving. And, in the spirit of truthfulness, when a celebrity agrees to “show up,” it is not always volunteering; many celebrities charge charities a fee just to show up.”

” … leading their peers by example, giving of their money, time, likeness and image in support of the causes for which they care. And it is that very authenticity which sets them apart and makes of them role models for a new generation of celebrities and fans, who will come of age in a world of transparency that distinguishes between real philanthropy and merely “showing up.”

For the past four year Pollick’s charity has kept a list of the top philanthropic stars: and for three out of those four years, Oprah Winfrey has come top of the philanthropic pops, donating $41 million in 2010 alone, as well as another $80 million between 1998-2010 through Oprah’s Angel Network, which encouraged donations from fans and celebrities.

However, it is Paul Newman who dominates the philanthropic celebrity scene, having founded and bequeathed one of the biggest charitable organizations in the world.

According to C-Suite’s article:

“Although he passed away in 2008, Paul Newman still holds the distinction of the quintessential celebrity philanthropist. In 1982 he founded Newman’s Own, Inc., channeling 100% of the company’s net proceeds and profits after taxes to a wide range of charities. Newman’s Own remains firmly committed to donating all proceeds to charity.”

As of 2010 the Paul Newman and Newman’s Own Foundation had donated more than $300 million to charities around the world. In 2009, Newman posthumously topped The Giving Back Fund’s Giving Back 30 list of most generous celebrities with $20,857,000 in donations he made prior to his death in 2008.”

Other top players in celebrity philanthropy are:

Herb Alpert: the musician and producer donated £13 million in 2010 alone and has donated more than $100 million in total through his foundation to support the arts.