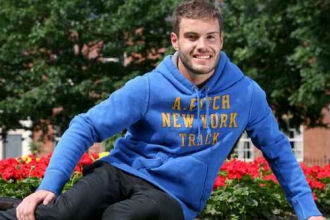 Some people show kindness by donating money to charity, others by donating time to help someone in need, but not many would undertake a life threatening operation. This, however, is exactly what twenty year old Sam Nagy from Huddersfield did when he donated one of his kidneys to a complete stranger.

After encountering such abject suffering during a volunteering trip to Kenya, Sam felt the need to make a difference somehow, which in turn led to his decision to donate his kidney. In a recent blog entry called “Altruistic Donation, My journey to save a life”, he says that “he’s just an average person, no amazing talents, no special abilities, just a motive to help.”

Indeed many people have questioned his motives, disbelieving that it was for anything else but for financial gain, to this he told the Huddersfield Examiner that “No, and given the facts and figures about kidney failure, the waiting times and risks to donors, I’m sure many more people would actively donate”.

Regarding those figures, in his blog Sam writes that more than 10,000 people per year will be in need of an organ transplant and almost 1000 of those people will die waiting. This makes for grim reading and without the help from Sam and the other 160 donors who have been authorised by the Human Tissue Association since 2007, the death rate would be higher.

Although Sam has taken quite a considerable risk by having the operation, he has successfully been able to go on to have a full and active life without fear of repercussions of any kidney problems. Sam is also the youngest ever altruistic organ donor and through this very brave and selfless act of saving the life of someone he has never met, he is an inspiration to us all.